ABA Florida and Others

I decided to go to Florida last minute, to see if I could up my number for my big year.

Seven days, 1900 miles from Gainesville to Key West, Everglades, Tampa/St. Pete’s and Orlando trying to see as many new species as I could. Out of a possible 40, I needed 22 species to break 500 for the year. I got a sweet deal on a flight with WestJet for $331 return and off I went.

First off in Gainesville, I picked up two surprises a Calliope and a Rufous Hummingbird but totally bombed on the King Rail (heard them calling but never saw them, so I can’t count them, others might but not me).

Then over to the coast and got some great photos of a Florida Scrub-Jay, Clay-colored Sparrow, Male and Female Painted Buntings. Thanks so much to Danny Bales for allowing me access to your yard.

In the late afternoon I found a Limpkin my first in Northa America.

For the next few days I was focused on the Ft. Lauderdale, Miami, Kendal and Homestead area. I picked up a few life birds in the area, a La Sagra’s Flycatcher, Monk Parakeet, Purple Swamphen and Common Myna but again missed out on some not so common birds the Spot-breasted Oriole and the Red-whiskered Bulbul. The drove through the neighborhood’s looking for both of those species for hours, but no luck. The La Sagra’s Flycatcher more than made up for missing the other two….it’s a bird of the Caribbean but frequently finds its way to Florida. 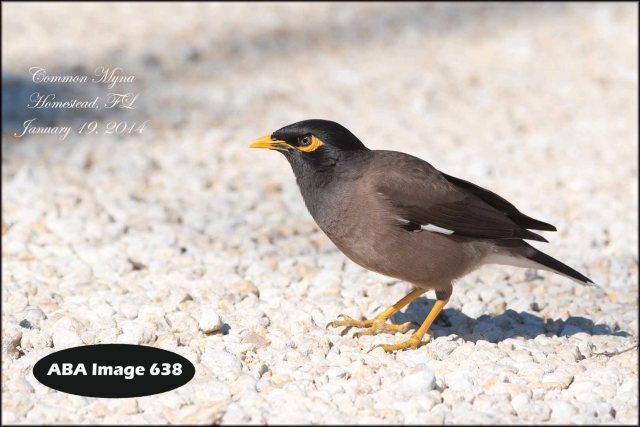 I didn’t see any life birds in the Keys but not because I didn’t try. I went to a few parks in Key Largo looking for Mangrove Cuckoo, White-crowned Pigeon and Gray Kingbird but again didn’t have any luck, I was now beginning to think the cold weather was really going to work against me. I did finally see and photograph a few birds I needed for my bird quest. In the Golden
Guide 1963 edition, Great White Heron and Wurdemann’s Heron were considered separate species apart from the Great Blue Heron.

I also managed some decent images of a pair Magnificent Frigatebirds as they were circling above the fishing boat harbor on Marathon Key. The boats were coming in with their catches and I think they knew a meal was coming.

I spent the next day in the Everglades and walked down the Snake Bight trail, there had been a Mangrove Cuckoo and a Worm-eating Warbler seen the day before but the best I could come up with was a Louisiana Waterthrush. I was too busy swatting mosquitos to try for a photo….

The next day I was in Sarasota to visit the Celery Fields. This is an awesome spot to bird watch and photograph, its free and well worth a visit. I spent a day there chasing Limpkins around the area hoping to get one close for a photo, when I heard this squawking coming from a telephone pole. I thought they might be Monk Parakeets but they turned out to be another recent addition to the ABA Checklist, the Nanday Parakeet.

The next morning at sunrise, I was back in Gainesville trying for the Bullocks Oriole and King Rail, thanks to Cheryl Slechta for showing me all the spots. Just a note it was 32F/0C that morning.

I drove to 3 lakes WMA for the afternoon and searched the areas where I’d previously found Red-cockaded Woodpecker’s and Bachman’s Sparrow’s for 4 hours until I had to leave for the airport. 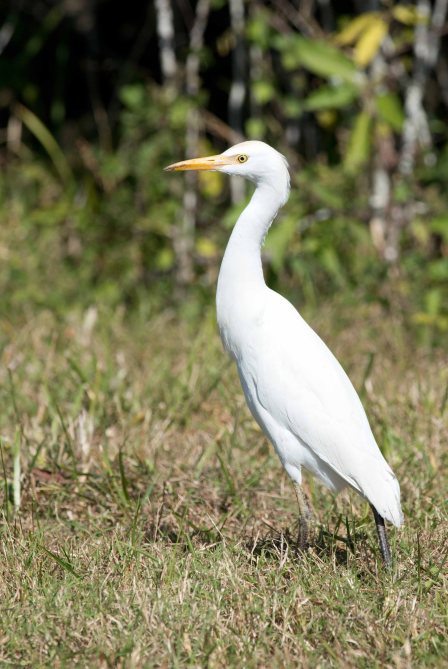 Florida is somewhere everyone, either birder or photographer, should go….there are so many opportunities. 125 plus species on this trip.