Hatteras, NC and Back

I never really need to be prodded to go birding. Some people even go so far as to say I am obsessed, so when I went to North Carolina for 3 days of pelagics I decided to try for a few birds that had evaded me in the past. Namely Acadian Flycatcher (life bird), Chuck-will’s-widow (heard but not seen) and Yellow-breasted Chat, one of the hardest birds to photograph because I’ve never been able to photograph one.

Finishing my pelagic trips, Wednesday, I devoted Thursday and Friday to Chats and Flycatchers but the Chats had other ideas. Try as I might, at suggested spots, seeing 4 Chats they always saw me first, as always no photo.

The Chuck-will’s-was easy, to see. On the pelagic trip, fellow passenger and photographer Doug, told me I should go to the Buxton Lighthouse. I thought I’d try it one night and arriving there just before dark, everything was quiet, nothing, nada, ziltch, butkiss was moving or making a peep. Then I heard a chuck-will’s calling and the chorus began, there must have been 20 birds calling in that small area. Walking the area of the parking lot, there was enough light that I thought I’d play a tape of a Chuck-will’s call. Not really expecting much I wasn’t ready for the reaction, I no sooner hit the play button that I was straiffed by a low flying bird. It barely missed me by inches, my first look at this bird. Lifer ABA Bird #684 was in the books.

I went to Pea Island, which was loaded with birds, a little something for everyone: 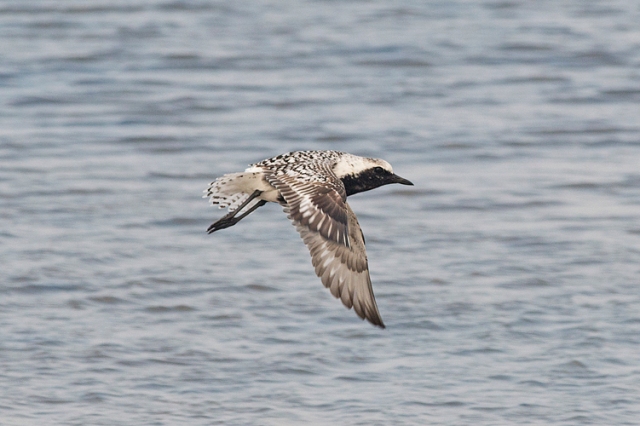 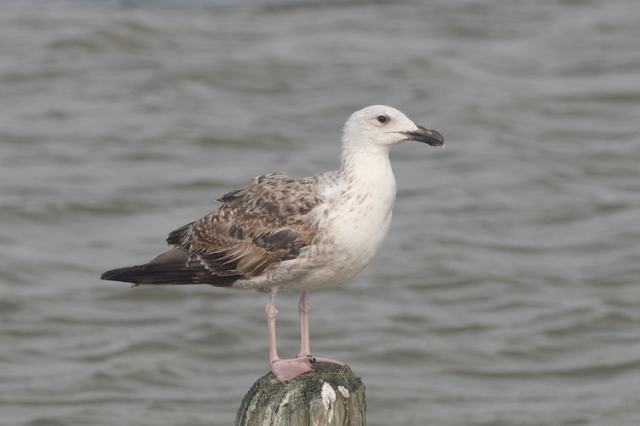 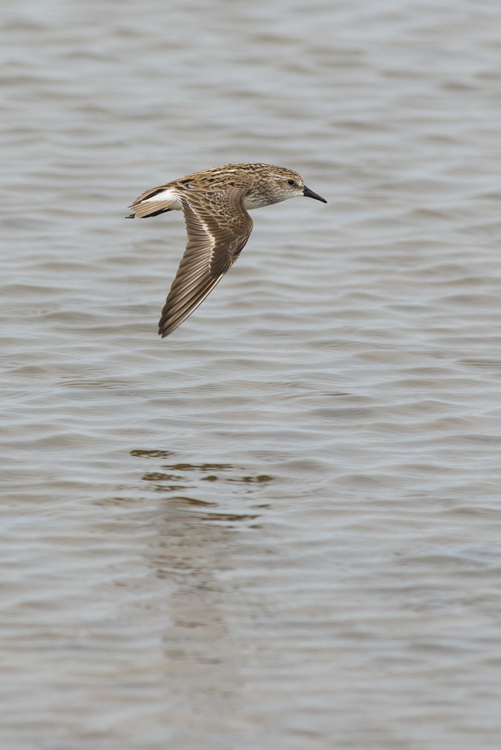 Moving on to Aligator River NWR, Warblers were the target. 12 species of warbler nest in this area. 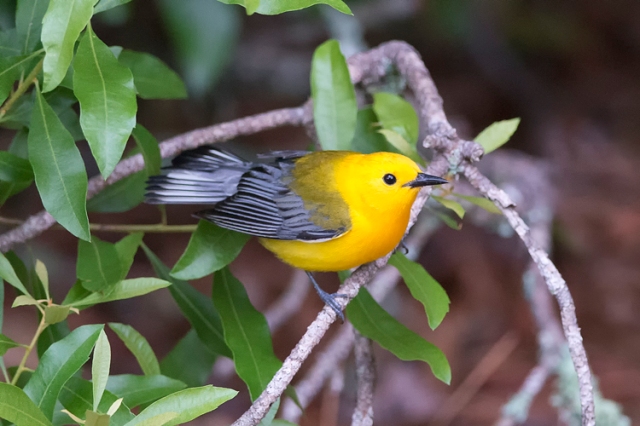 I continued my trip home, stopping at Northwest River Park, near the town of Chesapeake, Virginia. I had been told this was a great place to find an Acadian Flycatcher. This park did not disappoint, I rented a bike and peddled a mile out to a spot where I might find, this so far elusive flycatcher. I heard a couple of the Acadians calling but could not see them. They were not the only birds I heard under that canopy. Worm-eating, Ovenbird, Summer Tanagers and a rather obliging Louisiana Waterthrush.

Down by the water’s edge a Prothonotary put on quite a show for me as it was feeding in the trees. 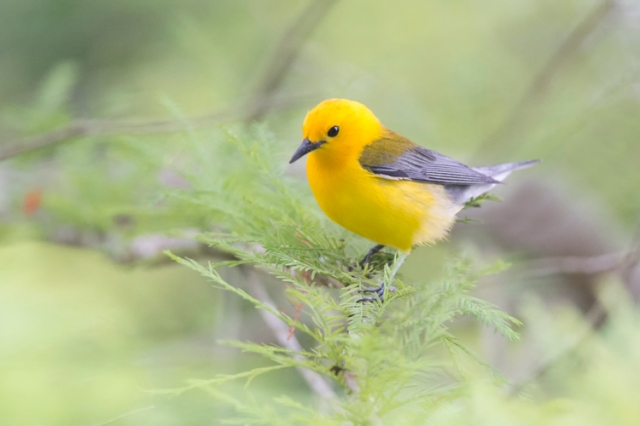 It was getting pretty dark and I decided to come back the next morning and try again. Bright and early I arrived at the park, which seemed alive with song. I again rented a bike (4$) and started peddling to the same spot as the night before. I didn’t even get 100 yards when I heard the all to familiar call of an Acadian Flycatcher calling from just above my head. Could I be that lucky. Yup, Acadian Flycatcher, ABA Bird Photo #685 was in the books.

Thanks to Park Co-ordinator, Kevin Kaul and the staff, lovely park. This will be a stop for me on future trips, lots of birds, a campsite what else could you ask for. At Kevin’s suggestion I tried another park north in Norfolk but can’t remember the name (I’ll fill in this name later when I get home from work), another lovely Virginia Park. While I didn’t find or get any responses to my King Rail, it was a nice park to visit and add it to my places to bird watch on future trips.

Heading North-east over the Chesapeake Bay Bridge and Tunnel, I briefly stopped at Eastern Shore of Virginia NWR and nice little gem on my way north. Finding a Bobwhite, a surprise and a female Blue Grosebeak.

I should have started heading for home but decided to try one more stop before heading home. Chincoteageue NWR was where Rick Poulin and I had seen a Black-tailed Godwit in 2013. It would have been a shame to not stop there. Glad I did, it did not disappoint. 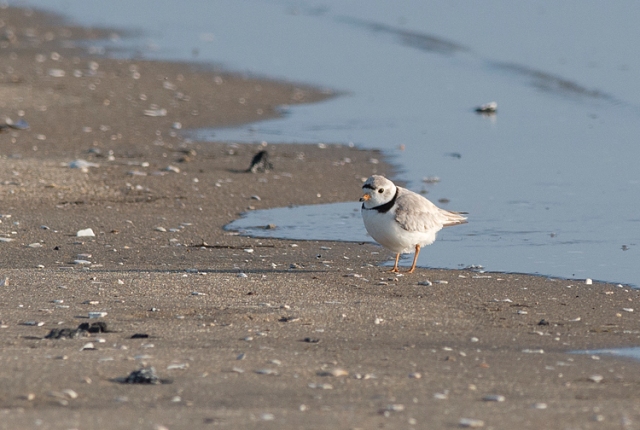 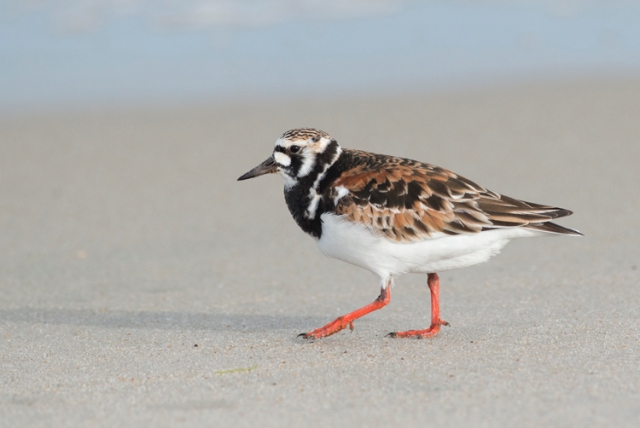 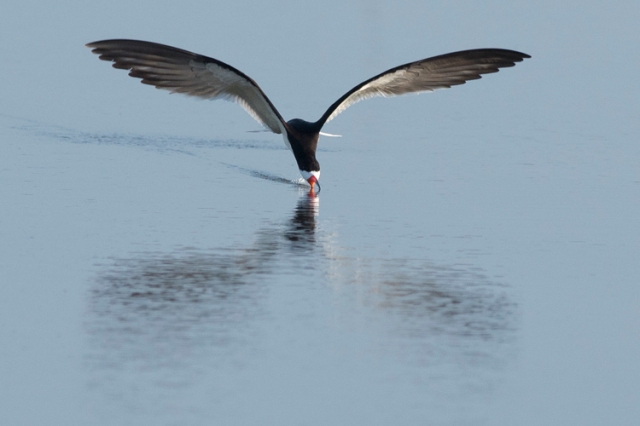 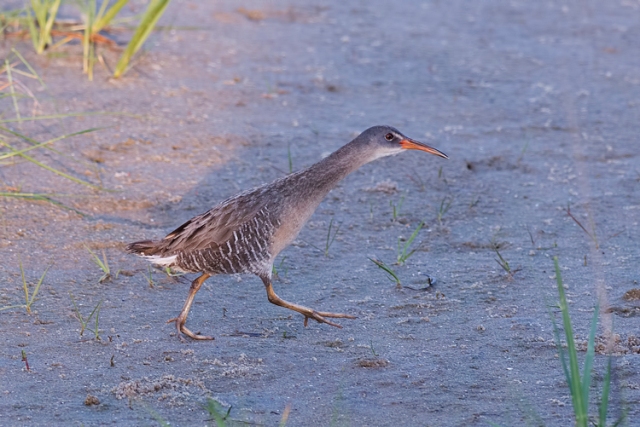 I’ve always wanted comparison images of the Common Crow and Fish Crow, these birds look similar but are easiest identified by their calls. Close attention to the Fish Crow bill and leg length can help if they are not calling,

The sun was going down as I left Chincoteague, it was almost 8:3opm. Knowing full well the drive ahead, I arriving home at 9:30am a bit tired but extremely happy about this trip.

1 Response to Hatteras, NC and Back