When I decided to go on this trip with Rick Collins, I was going to make this trip about birding, not about photography.  Don’t get me wrong, I still wanted a photograph of certain species but I wasn’t going to spend all my time trying for that perfect image.

After an uneventful flight from Ottawa to Phoenix via Detroit, we landed and were greeted by 111F degrees heat as we left the airplane.  We picked up our rental car (from Enterprise) and were on the road by 1:30pm.  Hooking up the GPS, Rick punched in the co-ordinates for Encanto Park, where we’d begin our quest.

Encanto Park is a public park in central Phoenix, Arizona. There are picnic areas, a lagoon, swimming pool, nature trails, an amusement park, fishing and two golf courses. This is also one of the best areas for finding the Rosy-faced Lovebird (formerly called the Peach-faced Lovebird) a recent addition to the ABA birdlist for North America.

As we were driving around the street near the park, Rick’s keen hearing picked up the Lovebirds call, in one of the residential areas to the east of the park. You would think they would be easy to see but it took me a good 10 minutes of peering into the vegetation before I could spot one. 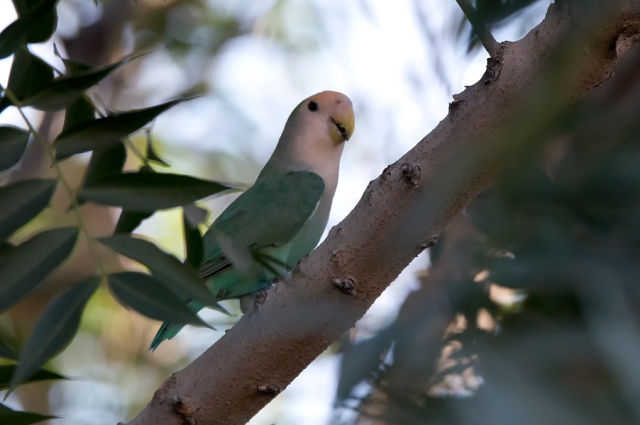 Rick and I decided to go to our hotel and then come back later, thinking it might be a bit cooler.

Four hours later, having loaded up with water, a bit of food in our stomach, we were back at Encanto Park searching out more Lovebirds. This time we parked at the Golf Course parking area and had no sooner gotten out of the car, that we heard a Lovebird calling from a tree, very close to us. This time he was close and in better light but still no easier to see. We circled that tree a few times before we spotted the bird…they are tough. I wanted to get the best angle, one that would show the blue tail and face pattern. It proved tough but the bird decided to take matters into its hand and moved out in the open. ABA Bird #646 was in the books.

We went back to the hotel for a good nights sleep….

Next morning after a decent breakfast we left for the Buckeye Thrasher site at the intersection of West Baseline Rd and West Salome Hwy.  It’s possible to see Crissal, Le Conte’s and Bendire’s Thrashers at the site. 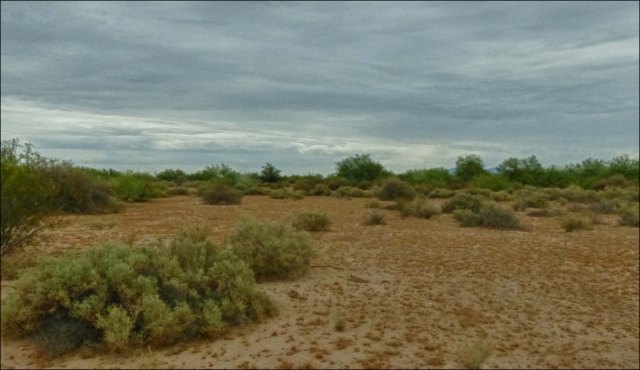 I needed a photo of a Le Contes Thrasher and Rick needed the Crissal Thrasher for his life list. The site did not disappoint, within minutes we had thrashers running around in front of us.  We had excellent views of a singing Crissal Thrasher, high up on its perch.

I was rewarded with my first ever photo of the elusive, secretive,  Le Conte’s Thrasher, shortly afterward.

I’ve now seen all ABA Thrashers but the California has eluded my camera, something I hope to remedy soon. 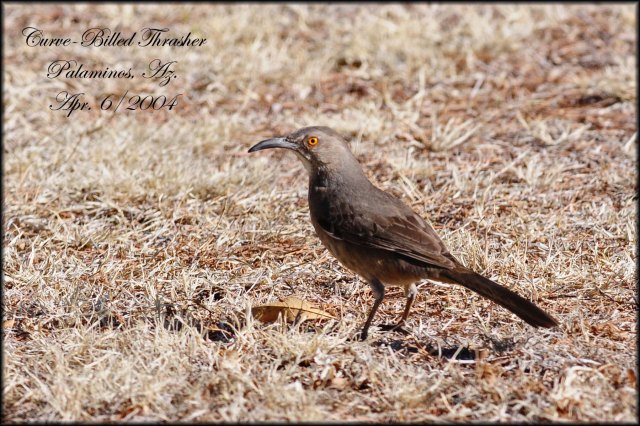 I guess “Californi is a place I outta be”