Over the next year I really need to work on seeing pelagic species found only out in the Atlantic and Pacific Oceans.  Most of the birds I need on the west coast can only be found by going 35+ miles out on the edge of the Continental Shelf.

One of the of the companies that offer trips to the area is Westport Seabird’s.  They offer trips from January to October (November and December ocean is too rough, as I was told).  The ship is the Monte Carlo and information about trips can be found at:

I was heading out to visit the Adams River for the sockeye salmon run and Sue had always wanted to visit Seattle, so the short 435 km side trip for a one day pelagic, was a no brainer.

I left north Seattle at 3:30 am and drove 250 km to Westport, arriving 15 minutes before final boarding. After the on boat instructions, the Monte Carlo headed out promptly at 6:30am.  As soon as we cleared the harbor we started to see birds.  Mew Gulls, Glaucous-winged Gulls, Sooty Shearwaters and Common Murre’s were fairly common outside Gray Harbor.  The further out we got the birds seem to become scarcer and most people settled in for the 3 hour trip out to the edge of the shelf.

On the way we passed a area where we found Cassin’s Auklet, most on board had seen this species but it was a new one for me. ABA Life bird #667 – Cassin’s Auklet. 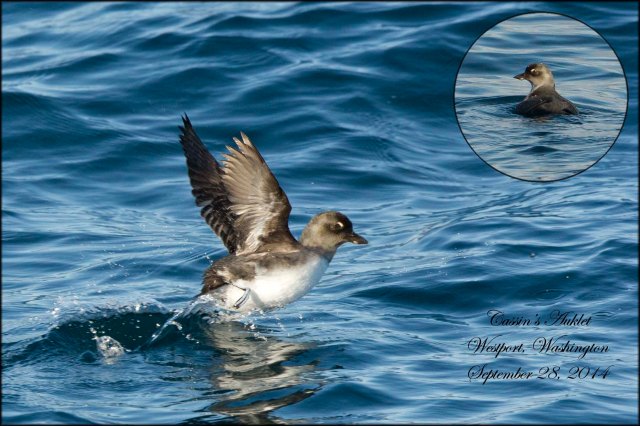 What started out as a slow day really picked up when we got to the edge of the shelf. We encountered a trawler that was hauling in their nets and there had to be at least 2-3,000 birds in it’s wake.  A truly amazing sight.  I should have taken a panorama of the wake behind this ship.  It was tough deciding whether to look through the lens or the binoculars.

Through the rest of the day we encountered many species, just a great day on the water.

On my last trip with Westport Seabirds we had only encountered one Sabine’s Gull but on this trip the crew counted a staggering 2400+.

We encountered only one Fork-tailed Storm Petrel. 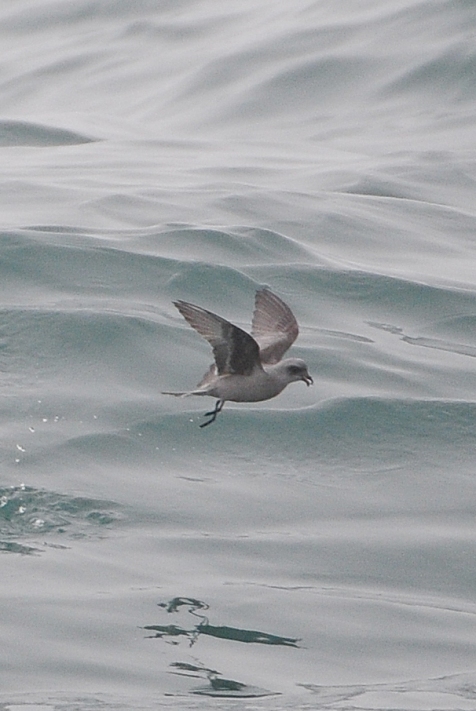 A South Polar Skua came by for scraps but unlike the Atlantic they do not come close to the boat often.  We saw 8 of these birds and most of them stayed way out.

We had a few Rhinoceros Auklets, 10+ Pomarine Jaegers, 2 Parasitic Jaegers for sure and I only saw a lone Red-necked Phalarope but in truth you can’t be on both sides of the boat at the same time.

My biggest hope was for a Laysan Albatross, Short-tailed Shearwater or a Thayer’s Gull but it just wasn’t to be, on this day.  Which is a good thing because I’ll get to go on another pelagic out of Westport.

We ran out of time and had to turn around and head for home after a super day but that didn’t mean the end of the birds for that day.  As we got closer to the harbor new trip birds could be see no matter which direction you were looking. 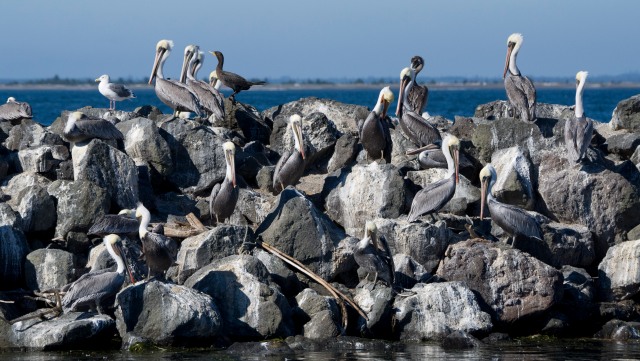 I would like to thank spotters Scott Mills, Ryan Shaw, and Bill Shelmerdine, job well done.

Thanks to Captain Phil Anderson and Chris Anderson, thanks for finding me a spot.