I’d tried to get down to the east coast since January to see the Eurasian Kestrel but the weather had other plans.  Every time I was about to leave, another storm was on its way.

When the Fieldfare was discovered in Apple River,  the trip became just a bit more urgent.  The last Fieldfare’s had been seen back in 2013, one in Newfoundland, one in Massachusetts.

I had planned to drive down but Porter came out with very cheap flights two days before I was to leave.  I couldn’t afford to pass this up.  I had a one day window March 3rd if either birds left or became scarce that day, I could miss both.

I was supposed to fly out, at noon but my flight was delayed arriving from Toronto.  The plane finally arrived at 2 pm.  Because I didn’t arrive in Moncton until 5pm, it meant there was no way for e to chase the Fieldfare.   I called my cousin Ruth who was just finishing up work and off we went to dinner.  Thanks so much,for a place to stay Terry and Ruth.

I crashed early that night and was up at 5am and out the door by 6.  I drove towards Apple River and was in Sackville, NB by 7:15 am.  I decided to call my good friend John Chardine to see if he’d returned from Antarctica but the real reason was, John makes one of the best cups of coffee in the world and I was ready for one.  It was good seeing them even if it was a brief visit.  See you both in August.

Lord they had a lot of snow, John posted this image of his yard.   Hope you don’t mind me using your photo.

As I drove to Apple River, the roads just got worse and worse, patches of ice, snow covered.  Anyone venturing to see this bird, make sure you have snow tires, no all season’s.

It took me about an hour to travel the last 50 km, I pretty well had to slow down at every curve.   Even though my eyes were on the road, the winter scenery was lovely.  I will have to return here this summer.

Arriving at #87 Highway 209, excitement was starting to build, seeing Blain Spicer in the yard.  The excitement quickly went away when I stepped out of the car.  Man was it cold and the wind didn’t help.   He had seen the Fieldfare but it had retreated into the pine trees for warmth.

I moved my car into a spot where I could see the apple tree and waited.  After a few minutes Blain came and waved me to come inside.  Walking into his living room he said the bird was visible but all I could see was Starling, then I saw it a Fieldfare doing its best Starling impersonation.  Fieldfare ABA bird # 687 was in the books.

I went outside and walked down the laneway hoping for a better angle, I didn’t really have to be that close.  With 600mm at my disposal, I managed to get another peekaboo image.

Just then the bird flew into the apple tree a started feeding.  I got in the car and drove out to the road, the Fieldfare couldn’t have cared less but it didn’t really come out in the open.

It finally must have been comfortable with me, out it came and for a few minutes he put on a great show for me. 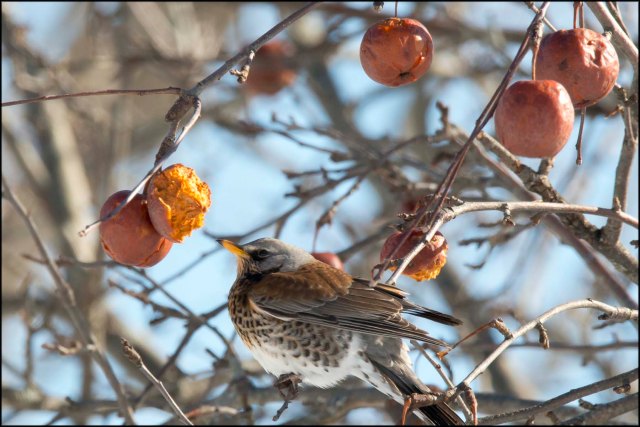 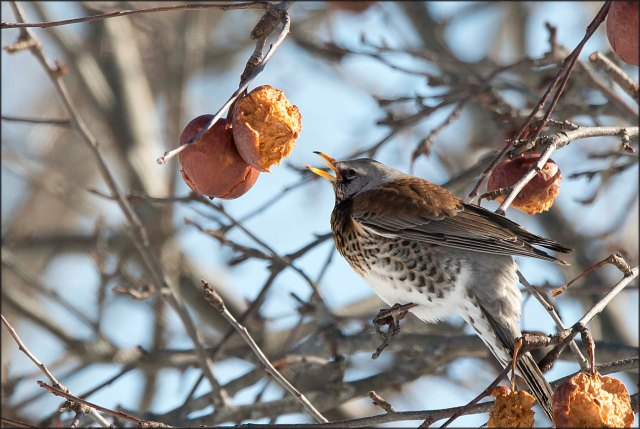 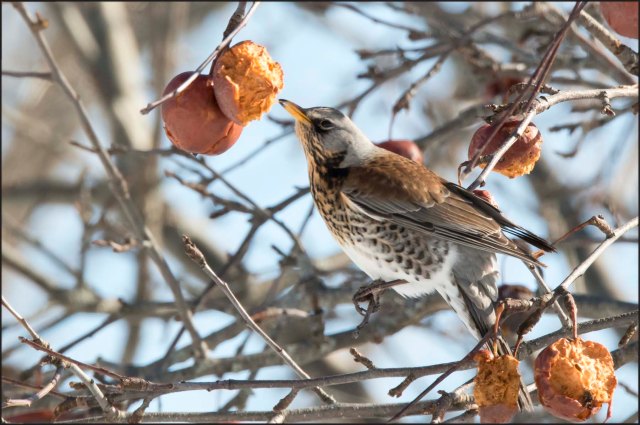 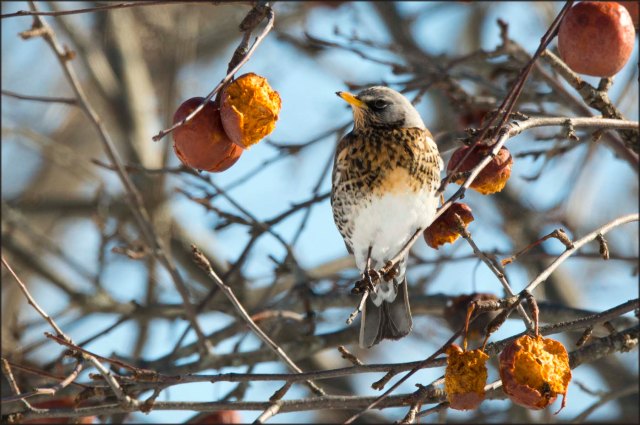 I would love to thank Kathleen and Blain Spicer for allowing me access to their yard.  Enjoy your grandchild.  Great bird.

Signing the registry book Blain mentioned that I was the 113th person to see this bird.  I thanked him, it was time to move on.

A 3 hour drive to Hartlen Point Golf Course proved uneventful and except for the Mall closing due to threats.  I arrived at 1:30 and the Kestrel showed itself right away.

My first impression was how large this falcon was compared to our Kestrel.   ABA Bird #688 – Eurasian Kestrel was in the books. 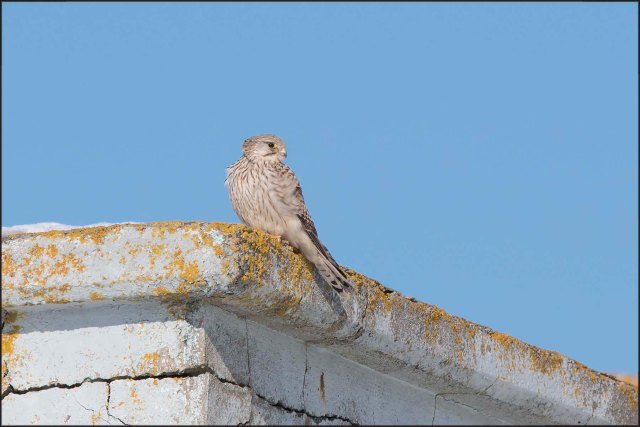 This was a tough day for flight images, not because the Kestrel didn’t give me plenty of chances but the brightness of the snow and the sky made focusing a problem.  The Kestrel was amazing, at one point it flew into the bunker via an opening in the large door on the right and came out with a rat.   No wonder it was hanging out here, it must have had a steady food supply.

It was just too fast coming out the opening.  The image below would have been smoking if it had been really sharp. 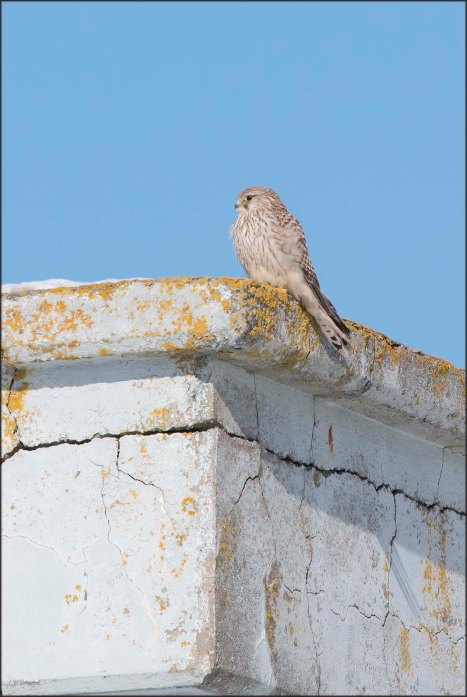 Thanks to Blake Maybank for the updates on the Fieldfare and Kestrel.