I am no longer crazy about going to Florida this late in the year.  If I didn’t need a few birds that are only possible in late April, I much prefer March.

Its usually very hot and humid in April and there should have been birds on the move everywhere.  As it turned out I was right on about the heat but a week early for the birds.

A few months back, when the Ottawa Senators (then they went on their run) didn’t appear to have a hope of making the playoffs, I suggested we go to Florida in late April.  Sue said She’d love to visit the Dry Tortugas again, and with that, we booked the flights.  I would leave Monday and search out the birds I needed and Sue would join me 3 days later.

I only need 4 more regularly occurring Florida birds (at the right time of the year), Black-whiskered Vireo, Mangrove Cuckoo, Shiny Cowbird and Antillean Nighthawk.  You improve your chances the later in April you go.

The Florida Keys are the best place for all 4 of these birds.

The Antillean Nighthawk can usually be found from late April until August, flying over the Key West and Marathon Airports just before dark.  I tried 3 evenings to spot any nighthawk flying over the airports without luck.  I did manage to see what I think was an Antillean Mockingbird  😉 .  I saw something flying in at the Key West airport, tried to get on it but it turned out to be a foraging Mockingbird.

The Cuckoo can be found anywhere there are mangroves, a bit of luck is needed, though.  I heard one each of the 3 mornings I went to Dagny Johnson Key Largo Hammock Botanical State Park.   The thick foliage made it impossible to see anything.  I don’t count heard birds so another trip will be in order.

I met up with birder Shelley Rutkin  ( birdingforlife.wordpress.com ) who had just seen the Cuckoo.  She was to go out with the Abreu’s Mariel and Angel of Miami a bird guiding couple and I decided to join them in their search for a cuckoo the next morning.  We did manage to have a Mangrove Cuckoo answer but it just wouldn’t show itself.  From the email I received from Shelley, she saw all of the birds she was looking for. 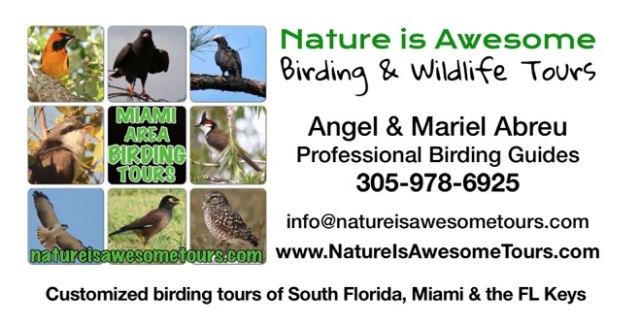 This photo from Belize remains the only image I’ve ever gotten of this species and I still need this bird for my ABA list. 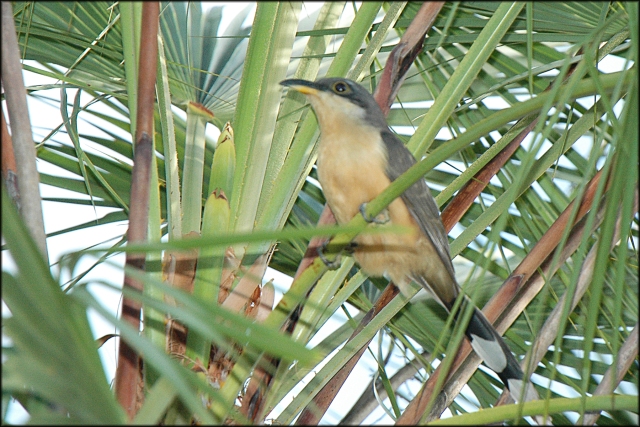 To find Shiny Cowbirds you must first find Brown-headed Cowbirds, then search through the flock for a Shiny.   I found over 500 Brown-headed but not a single Shiny.

There should have been many Vireo’s but the local birders I spoke to said everything was late.  I had to work real hard to find one.  I went to a place good friend Chris Feeney had told me about on No Name Key, twice.  I walked along the trail for 2 miles occasionally playing the call, without luck.  I met up with a birder from California and just before we got back to the car, I decided to try one more call.  A bird buzzed in over my head, into the brush.  It took us both a second to find him with our binoculars.

Finally after 3 trips to Cuba, 2 to Dominican Republic and Barbados, I finally found a Black-whiskered Vireo. 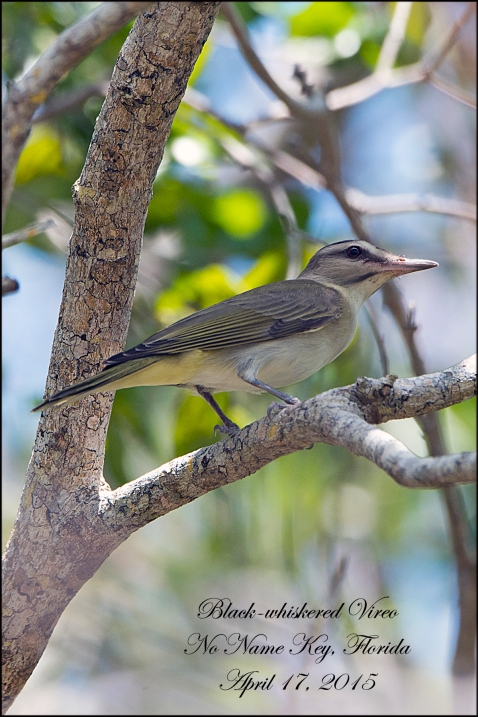 Sue and I drove to many areas in the Keys but the photo opportunities were far and few.  Bright sunny conditions, fully foliaged trees and the oppressive heat didn’t help much.

During this trip, Laughing Gulls were the most common and they could be found just about anywhere there was water.  I have been collecting head image photos of bird when they are really close and below is my Laughing Gull head image. 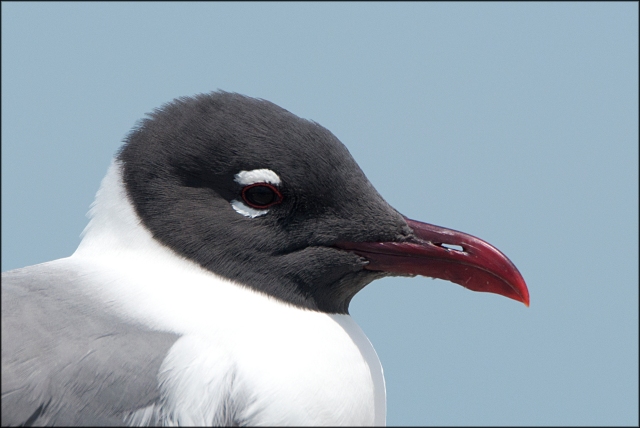 On day while driving along we found this Nighthawk out in daylight, sitting on a wire.  Something I’d never seen before. 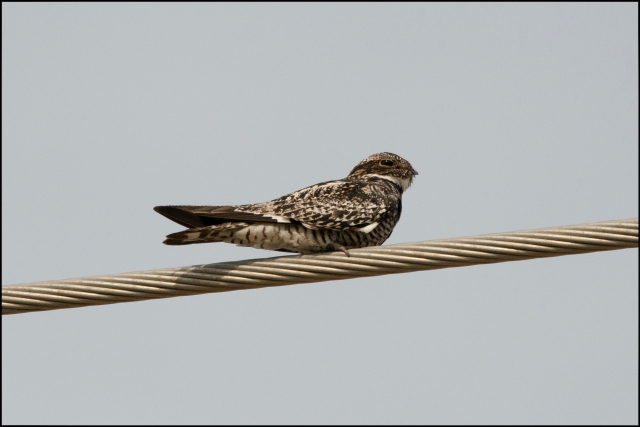 On No Name Key, late in the  afternoon White-crowned Pigeons were on the move over the mangroves. 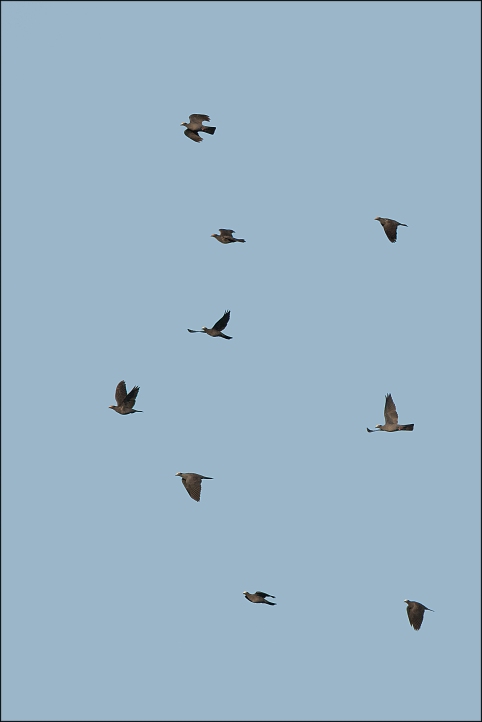 Warblers were almost non-existent, I had expected to see warblers all over the place.  Instead most warblers were single birds.

At Dagny I found this lovely Cape May. 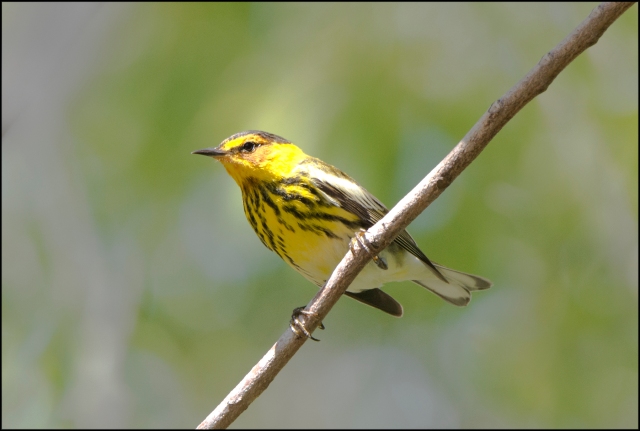 The most numerous warbler by far,  was the Prairie. 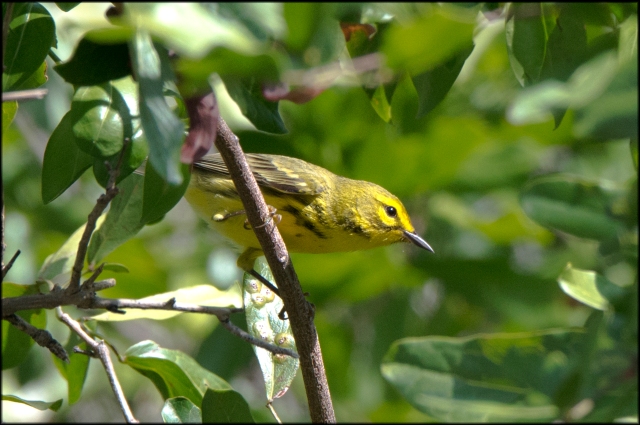 Great opportunities to photograph Loggerhead Shrikes, they just aren’t afraid of you and will sit there, letting you approach almost close enough to touch them.  Numerous birds were found at the Homestead Airport including this bird below basking in the glow of the setting sun. 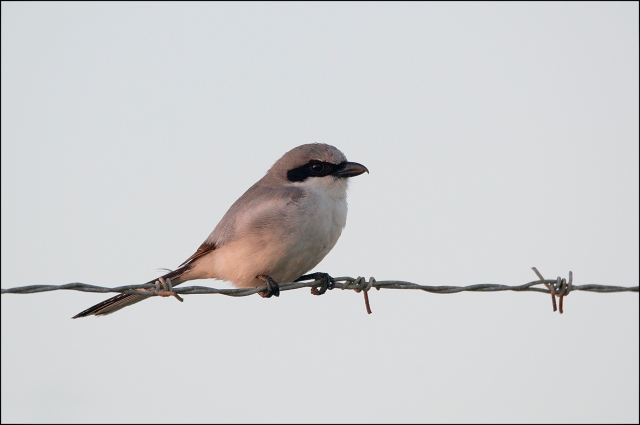 At the same location that I found the shrike, I also found numerous Bronzed Cowbirds, this is my best photo of this species to date. 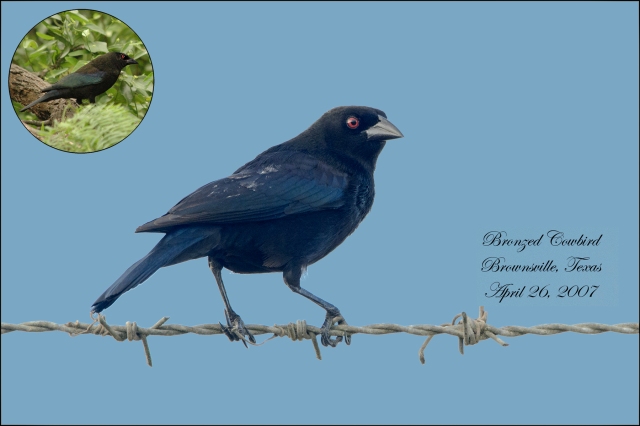 Butterflies and Anoles were everywhere…. getting close was another thing.  when your high on the food list, you tend to get a little nervous. 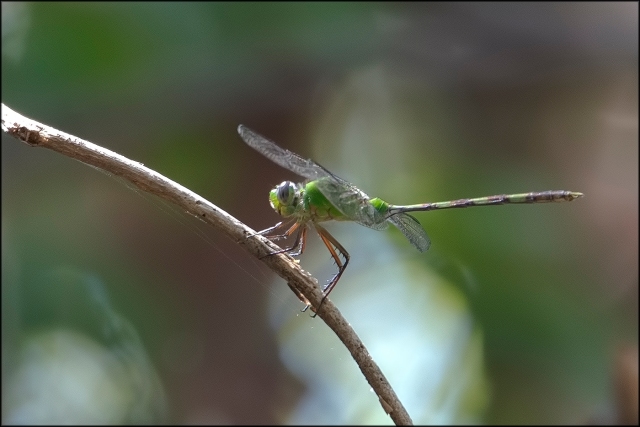 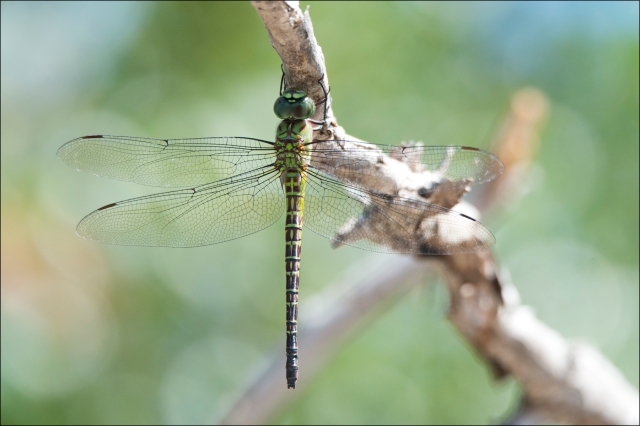 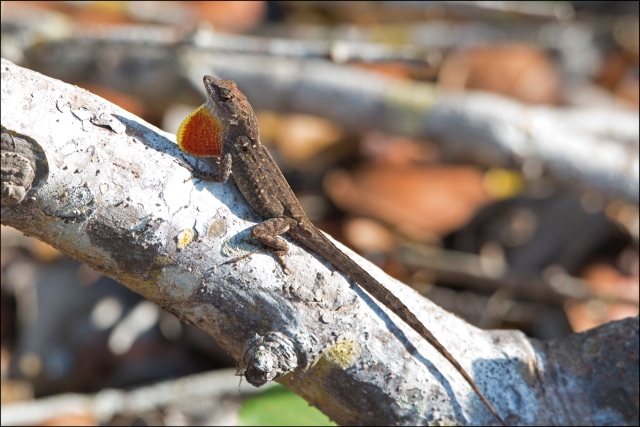 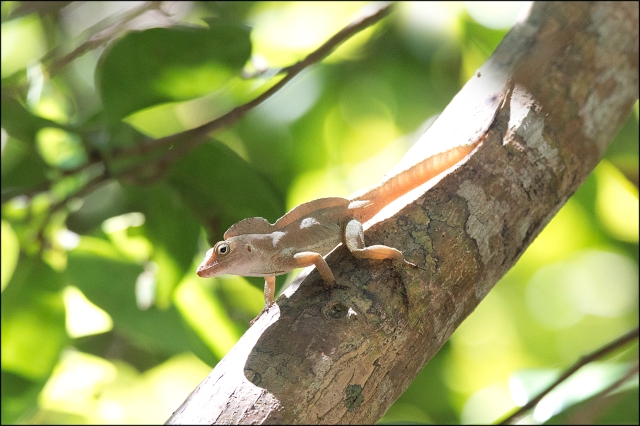 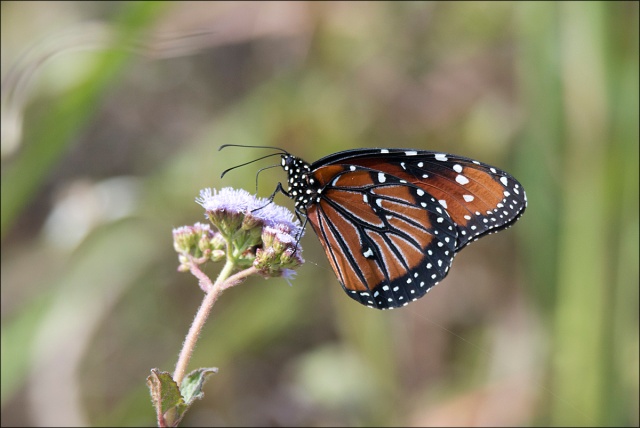 This entry was posted in Birds, Insects, Trips. Bookmark the permalink.