I had planned to go down to Point Pelee later in May but other commitments forced me to go the first week of May instead of the second.

Thursday I left after my golf game and went via the Perth Road, through Chaffey’s Locks and spent a nice leisurely day birding, not many small birds but a few very obliging Broad-winged Hawks along the way.

An American Bittern was watching the traffic go by, catching them in the open is something that doesn’t happen very often. 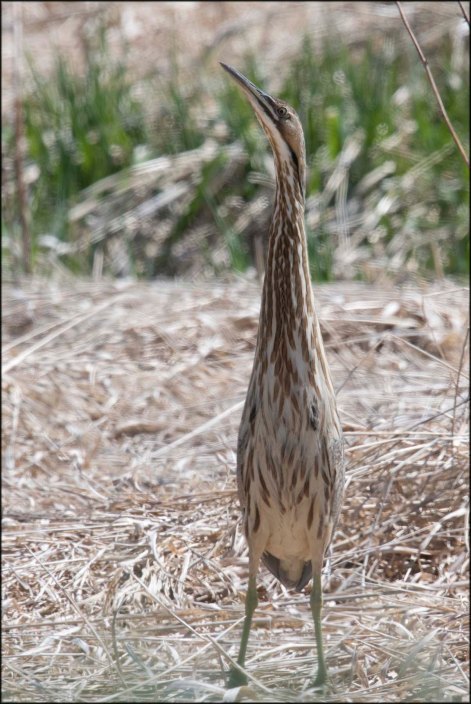 A few other new arrivals that I saw while on the road. 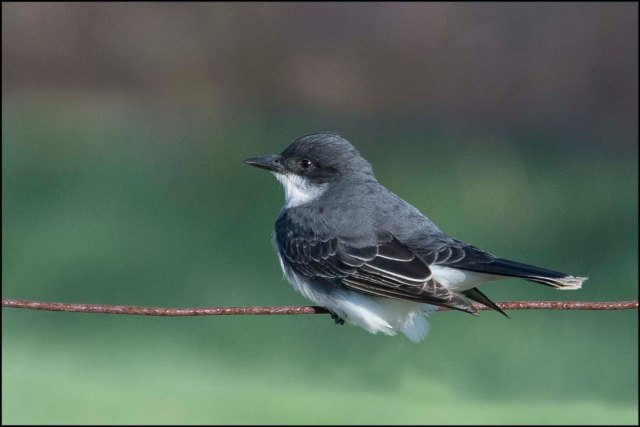 On Opinicon Road, I came across Ruffed Grouse feeding on buds….

Friday May 6th was very slow and I had to work very hard to see 6 species of warbler but the NE wind didn’t help very much.

Highlight of the day, was seeing my first Prairie Warbler in Canada.  A warbler flew into the tip and I looked at it thinking Yellow Warbler but when I got my binoculars on the bird, I realized it was a Prairie Warbler. 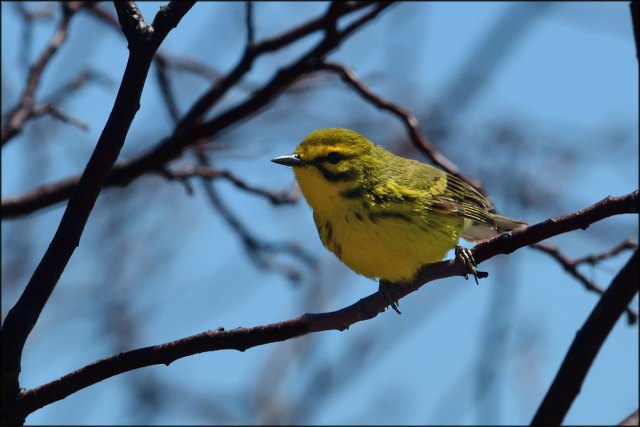 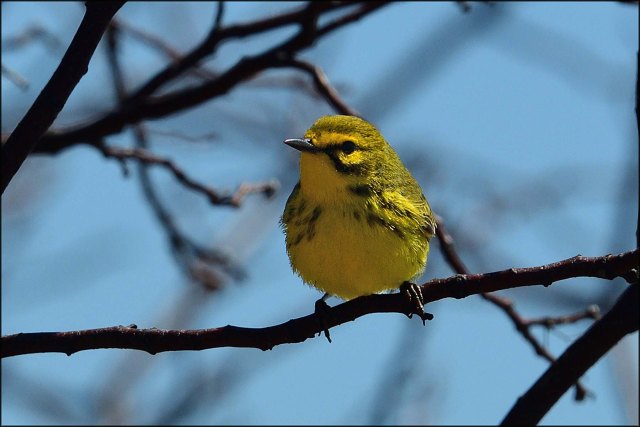 Blackburnian Warblers were also being seen in numbers, but I could never find one that co-operated.   They were always on the move. 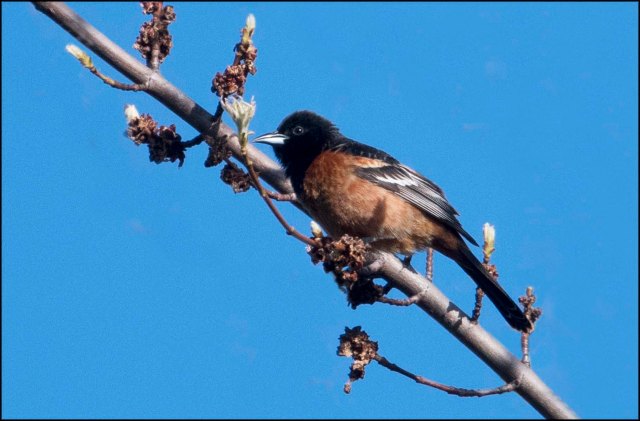 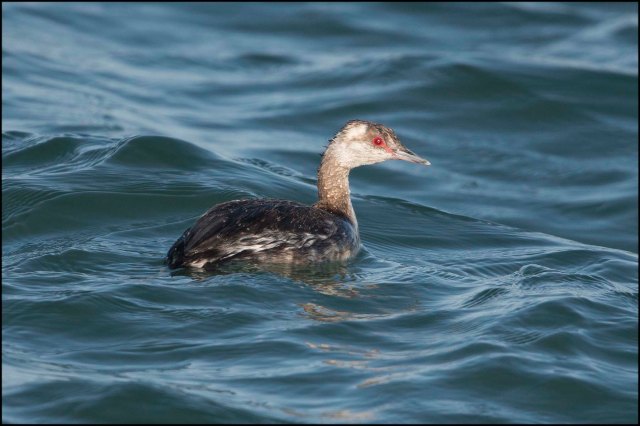 Saturday the winds changed and most people thought it would bring the birds in, but number were still low but a few more species arrived during the night. 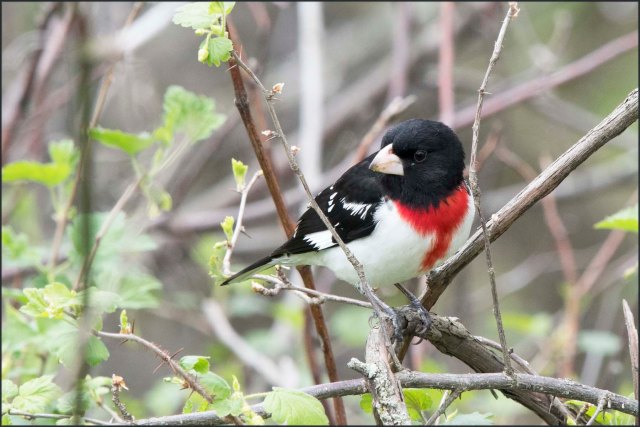 American Robins were the most numerous bird. 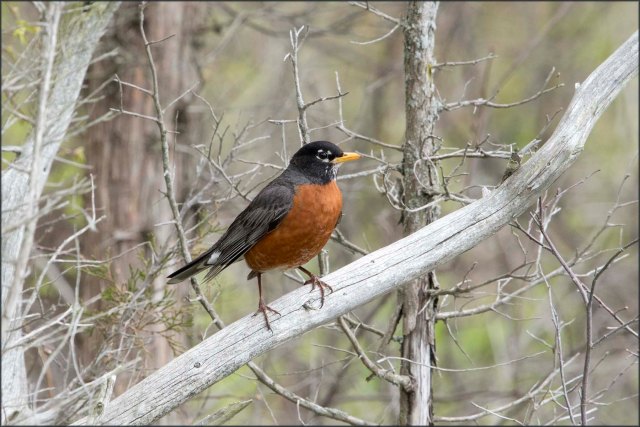 The best bird Saturday was a lovely Hooded Warbler that Tom Hanrahan and I found after we returned from seeing the White-winged Dove at Rondeau.  I had seen many of these birds in Texas and Florida but this was the first time seeing one in Canada.  The photo below was taken in Texas. 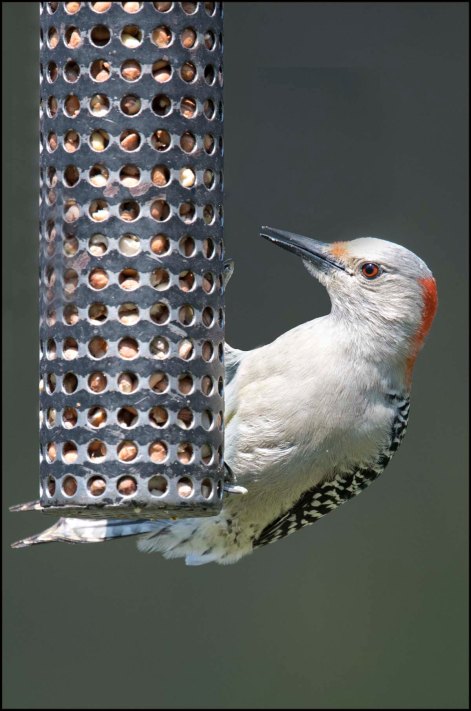 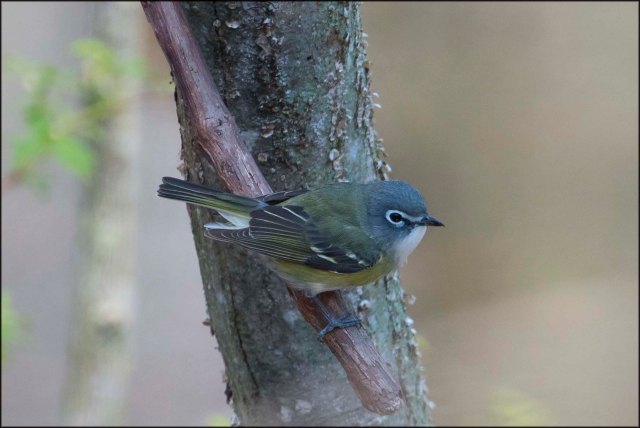 Just before finding the Hooded Warbler we came across the noisy House Wren.

Hooded Warbler from Point Pelee, one of my favourites.

Sunday was the best day I’ve had at Point Pelee I’ve ever had.  From 7am to 7pm, there was a non stop flow of birds through the park.

Highlight of the day was two Kirtland’s, one in the morning and one in the evening. 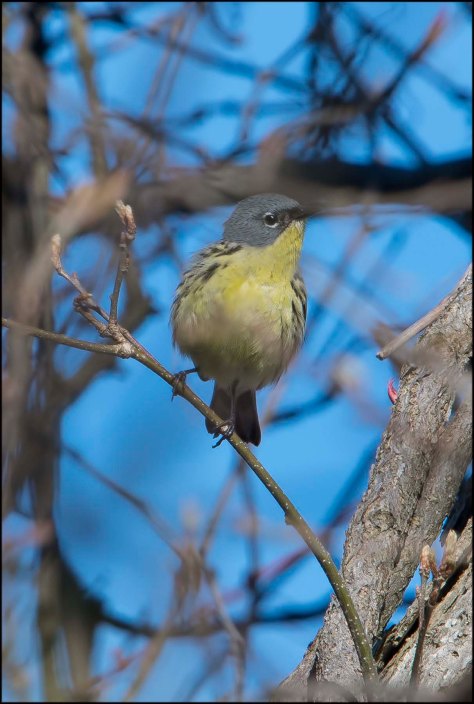 There seemed to be so many new birds and they were everywhere. 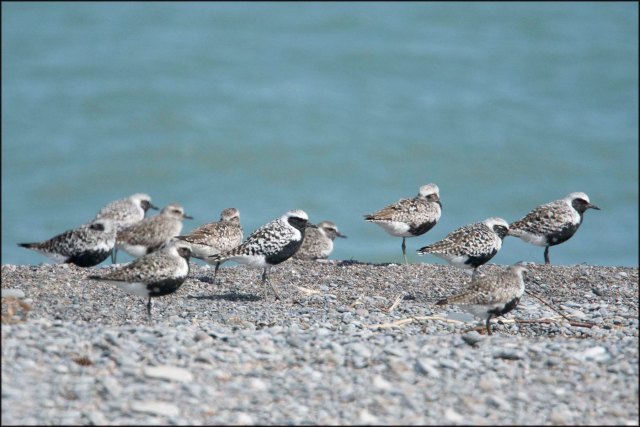 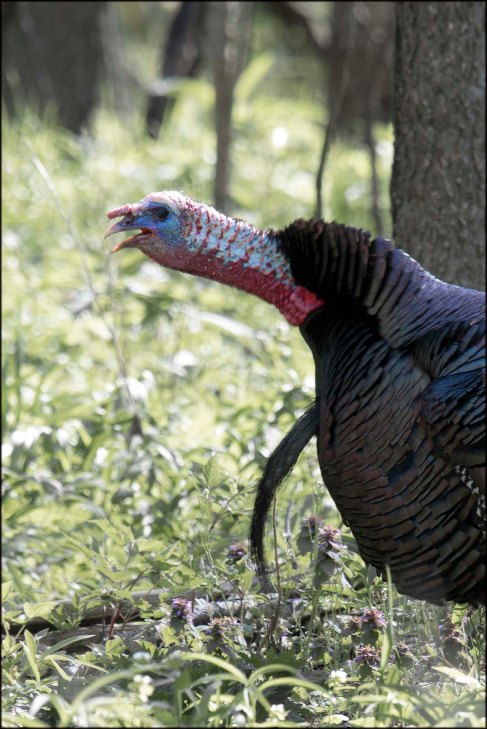 In the late afternoon a Male Kirtland’s Warbler was found at the northernmost part of the park feeding along the shoreline.  We hurried to the spot and the bird walked right out to us.  A bird that until today I’d only seen once….within 2 feet of me.

Mmmmm, a tasty snack for the road 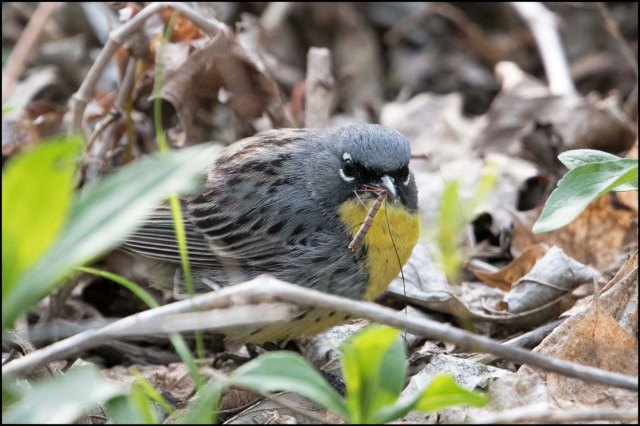 After a great day, Henrik, Rick, Richard, Tom and I had a nice feed at Freddie’s and talked about what a great day this had been in the park.   It’s days like this that keep us coming back.

On checking my email, I saw a report that a Ruff had been seen that evening at the Brighton Reconstructed Wetlands.  This was a bird I had need for my ABA list and had tried for it many times without success.

I told the guys that I would not be staying the next day and left for Brighton.